MegaFaces is a kinetic facade conceived by Asif Khan and engineered by iart. It can transform in three dimensions to recreate the faces of visitors to Khan’s pavilion, a 2,000 m2 cube situated in the Olympic Park in Sochi during the 2014 Olympic Games. This video was taken during commissioning, shortly before the opening of the pavilion on 7 February 2014. The project was commissioned by MegaFon. 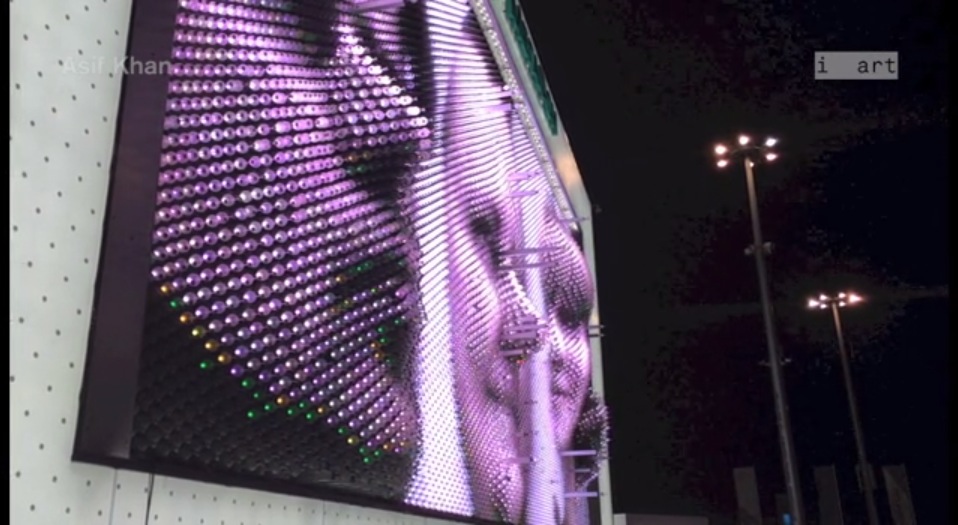